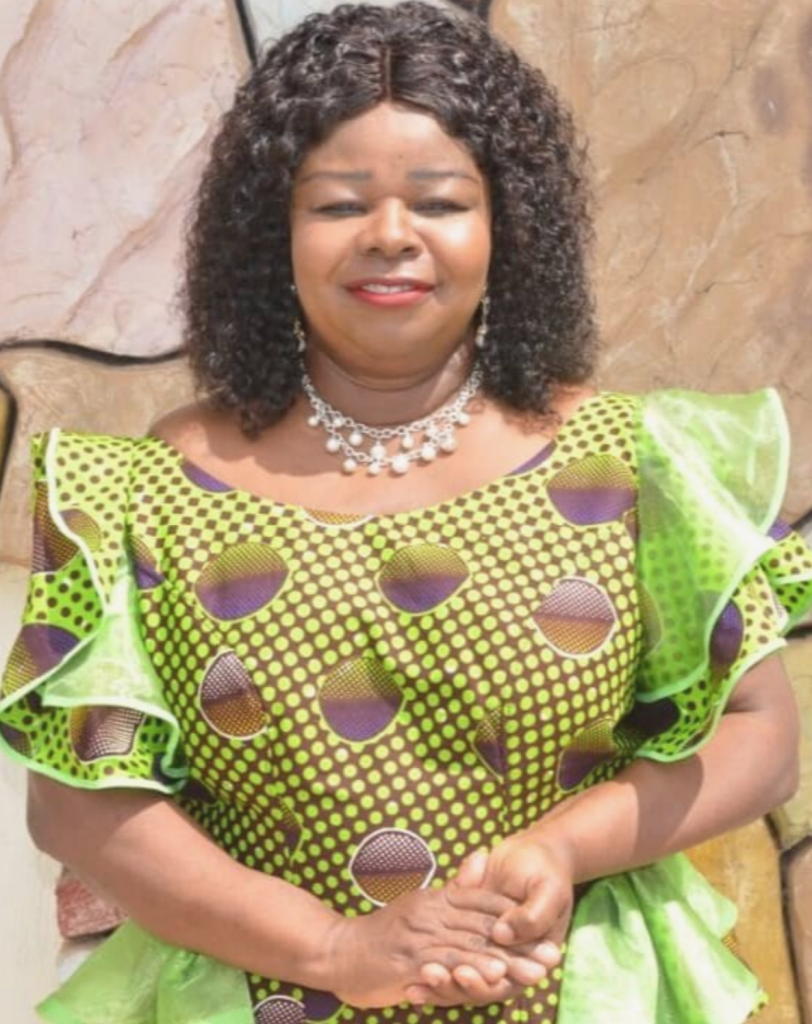 Dr. Wiafe is an internationally recognized and multiple-award winning breast cancer specialist, working primarily in Ghana and West Africa, where breast cancer incidence rates are disproportionately high and women often do not have access to the care they need. Her medical career has spanned three decades, the last eighteen of which she has devoted exclusively to breast cancer awareness and prevention, working in both the public and private health sectors in Ghana.

Dr. Wiafe serves as the Specialist Consultant and Surgeon in breast cancer management at the Peace and Love Hospitals in Accra and Kumasi, a hospital she founded and developed into a robust resource centre for the diagnosis, treatment, counselling, rehabilitation and research of breast cancer, cervical cancer, hepatitis infections, hypertension, diabetes and renal dialysis among others.

Dr. Wiafe’s commitment to public education and awareness-creation for breast cancer led her to expand her work to the charitable sector in Ghana over eighteen years ago. Recognizing that ignorance, stigma and lack of access around breast cancer more fatal to the women of Ghana than the disease itself, which is highly treatable with early diagnosis, Dr. Wiafe founded Breast Cancer International in Ghana, the country’s only patient-driven NGO committed to awareness creation, education, screening, counselling, and advocacy on breast cancer. Today, the organization is Ghana’s leading breast cancer awareness charity.

As the President of BCI America, Dr. Wiafe brings her lifetime of expertise and passion for breast cancer awareness, treatment and prevention in Ghana, and a true commitment to raising awareness and funds for this cause internationally. 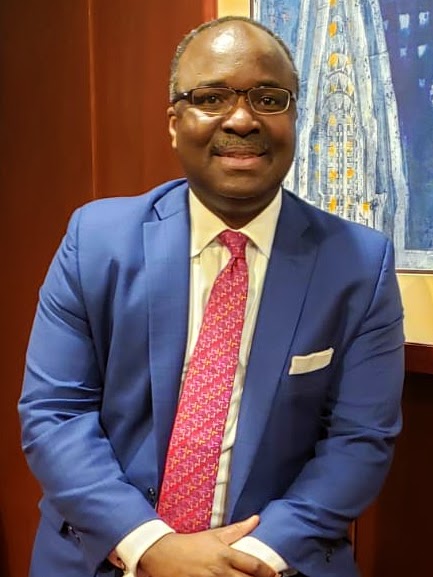 George is the Market Director of Diplomatic and Community Relations for the New York City Marriott Hotels and his office is located at the 1987 rooms New York Marriott Marquis Hotel, located at Times Square in New York City. He is a key emissary of the General Managers of the twenty-five (25) hotels. His specialized responsibilities include cultivating relationships with dignitaries, celebrities, and all other VIP guests, to working with local and national government agencies to assist the hotels in their operations within the community. Ntim also serves on the Marriott International’s New York City Business Council as a Vice Chairman and an Ambassador of the Political Action Committee (MARPAC) for the Northeast Region.

As an Adjunct Professor of Hotel Operations at the New York University in the Preston Robert Tisch Center for Hospitality, Tourism, and Sports Management for the past 20 years, he also serves as a Special Adviser to several Governments in Africa and the Caribbean. Ntim also engages in Public Speaking to various corporate and student groups within the United States, Africa, and the Caribbean.

Moreover, he is the Chairman of the Board for the New York State Hospitality & Tourism Association (NYSHTA), a not-for-profit organization representing over 1,000-member businesses and individuals in the lodging and attraction industry. NYSHTA’s mission is to provide a strong voice for the New York State hospitality and tourism industry, and to protect and enhance the financial welfare of the industry. He also serves on other boards such as: New York City Mayor’s Workforce Investment Board (WIB), Broadway Association of New York City, New York City Academy of Hospitality & Tourism Advisory Board, Mariano Rivera’s Refuge of Hope Foundation, Willie Randolph’s Foundation, David Ortiz’s Children Foundation,Times Square Alliance, and the National Council of Ghanaian Associations.

As a charity enthusiast, Ntim founded the African Development Foundation (ADF) in 2003, an international non-profit organization which seeks to promote goodwill and strengthen relationships between the United States and Africa through youth-oriented education, sports and health initiatives. ADF’s mission is to prepare Africa’s youth for career and personal success in a global community. He also volunteers for causes such as: City Harvest, Children’s Miracle Network, Back on My Feet, Breast Cancer Walks, and AID’s Walks. 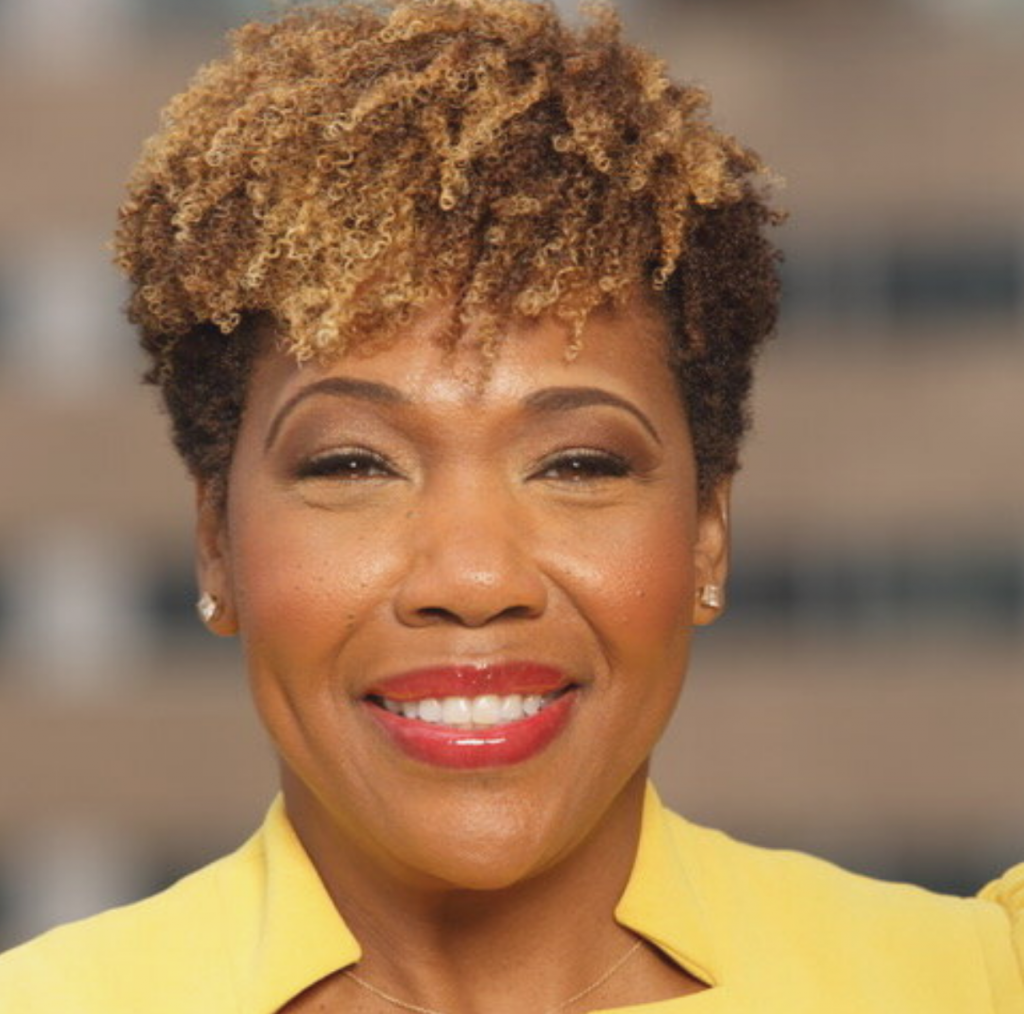 Katrina McGhee is a best-selling author, speaker, and a strategic advisor for organizations across America. For over 20 years, she served as a senior executive for two of the world’s most recognizable non-profits, revolutionizing the way women were ignited to take charge of their health. Realigning her knowledge and experience of inspiring wellness, Katrina now serves as a women’s empowerment advocate, inspirational teacher, and life and career strategist.

In 2012, Katrina launched Loving on Me, a global movement encouraging women to love themselves, and each other, more. For the past six years, through her online “inspiration destination,” books, videos, and thriving social community, over sixty thousand women have joined her tribe, getting equipped with the tools they need to lead in every aspect of their lives.  Through her Loving on Me Academy, she provides online courses that empower audacious women to lead, inspire, and succeed.

Whether Katrina is transforming a corporate culture or inspiring individuals to achieve unimaginable success, she is a powerful agent of change. 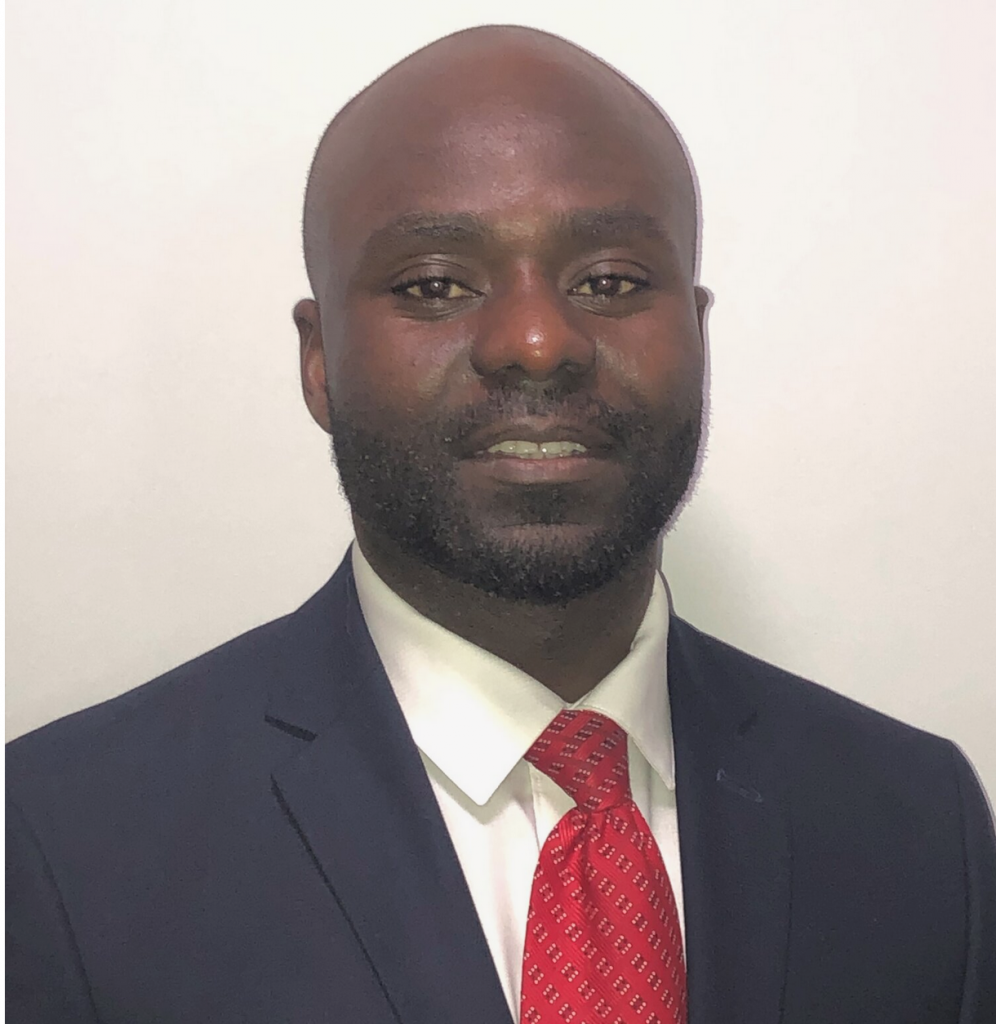 Jude O. Bonsu, P.E is a supervising engineer with WSP (Formerly Parsons Brinckerhoff) with more than 13 years of consulting experience in the design, inspection, provision of construction management services for heavy movable structures, tunnels, bridges and buildings. Jude is very passionate about mentoring and volunteering to help others. He currently serves in a similar capacity as the treasurer and a board member for the Ghanaian Engineers and Architects Association (GEAAA) – a non-profit organization for mentoring and helping young students interested in engineering, science and technology. He is an avid sports fan and plays soccer regularly. 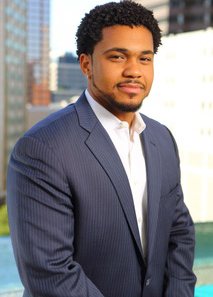 Brandon Scott is passionate about travel, technology, and making a difference in the lives of people. As an Operations Manager for Uber Freight, he uses his logistics knowledge and leadership to positively impact the industry that’s the backbone of America. He has spent time in multiple industries including finance, tech, and most recently logistics. Brandon has a Bachelor of Business Administration in Finance and Master of Business Administration with a focus in Strategy and Entrepreneurship. He brings a unique blend of data-driven decision making and business acumen to any situation. As a long-time supporter of Breast Care International, he’s excited to dedicate all of his abilities to improving the lives of the women of West Africa. 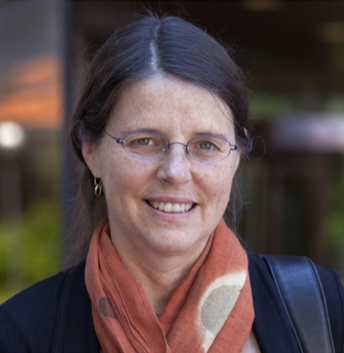 Victoria L. Seewaldt, MD, is the Ruth Ziegler Professor and Chair of Population Sciences and Associate Director of the City of Hope Comprehensive Cancer Center. She also serves on the NIH/NCI Board of Scientific Advisors. Dr. Seewaldt is second-generation American and is proud to be the daughter of a poor Slovak immigrant family and the second in her family to go to college.
Early in Dr. Seewaldt’s career, she witnessed the toll of triple-negative breast cancer in young African-American and Black women in Durham, North Carolina. Now in Los Angeles, she works to identify signaling pathways that promote aggressive biology and poor survival in women of African Ancestry (both Black/African American and Latina/Hispanic). She is working with University of California at Riverside to train undergraduates, graduates, and faculty to develop new drugs that target aggressive biology identified in cancers from Black/African Americans, Latina/Hispanics, and Asians.
Dr. Seewaldt believes in mentoring the next generation of physicians and scholars; this can only happen if our next generation leadership reflects the diversity of the United States. Dr. Seewaldt is a mentor to many young men and women from diverse backgrounds; she is very proud that her mentees have gone on to become professors, researchers, and leading physicians. 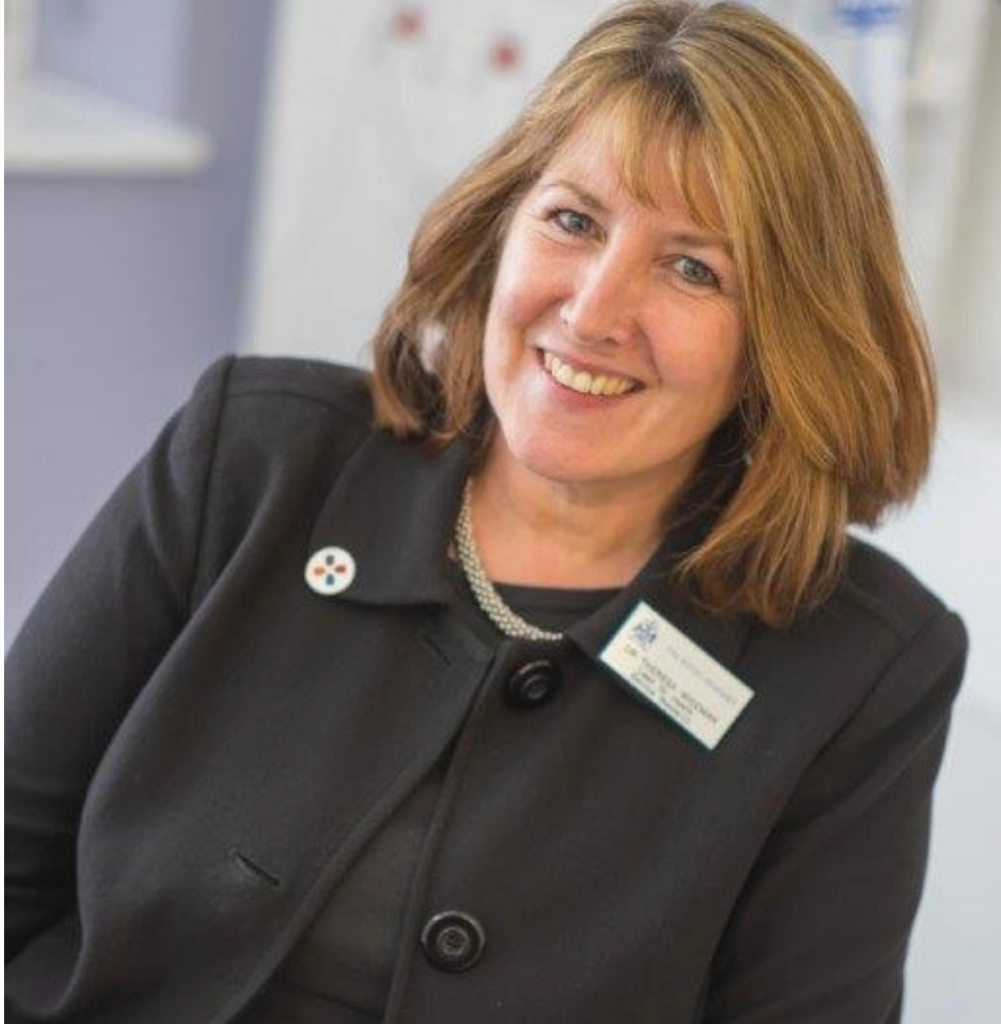 Theresa Wiseman has over 15 years of health service research experience focused on the patient experience of cancer and treatment and developing services in response to the experience. She is one of twelve members of the DH/Macmillan funded Consequences of Cancer and Treatment Collaborative (CCAT) which aims to influence healthcare policy and practice through research, service development and education, She was recently Principal Investigator on an experience-based co-design project improving breast and lung cancer services in a large integrated cancer centre. She is currently leading a Macmillan Cancer Support pilot site to test new models of aftercare and follow up at the end of cancer treatment. Theresa is involved in the LCA (London Cancer Alliance), where she is the research lead for the LCA Survivorship Group. 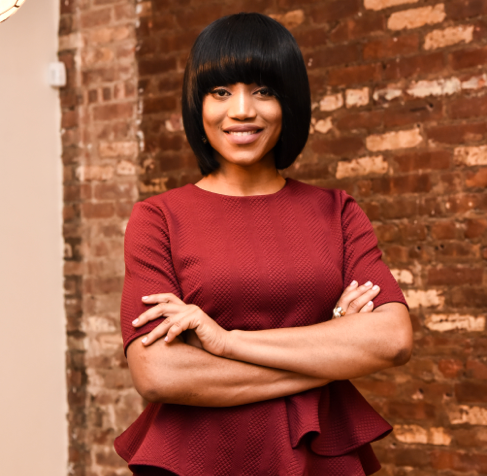 Sandra Appiah Babu-Boateng is the Co-founder and President of PanaGenius Inc., a U.S. based pan-African tech company building and operating the most impactful, admired, and authoritative digital media brands for global blacks. The company is home to brands like Face2face Africa, one of the largest and fastest growing black-owned media platforms and an international reference for pan-African news, culture, history, and innovation, currently reaching over 5 million monthly readers across the world. The 30-year-old is passionate about using media and technology to connect black communities and speak authentically to the stories that shape and define their experiences as global black citizens. Sandra was born in Ghana and grew up in the United States. In 2013, she was featured in Forbes’ inaugural ’30 Under 30’ list.